"Kwang-Ju Son turned the travelogue into a contemplative work on nationality in Yoyogi Park. Made in 2005, the Korea-Japan Friendship Year, the film considers contemporary Japan from the viewpoint of the Korean-born filmmaker. Over images of crows perched on trees in Yoyogi Park, one of Tokyo's largest recreation areas, Son confesses in a letter that “as long as I am Korean, Japan becomes larger than its own identity, and more abstract.” The branches, too, tend toward abstraction, rapidly passing back and forth across the screen, and what Son seeks to grasp in both image and nation seems to escape her. Unable to capture a sense of the country, she films instead the place, Yoyogi Park, and wonders where its mysterious crows came from." - Genevieve Yue, senses of cinema 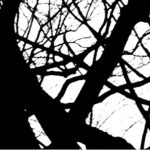 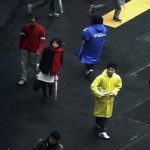 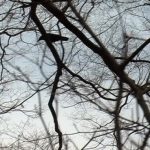